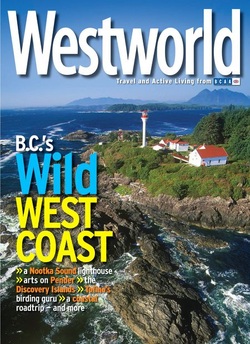 During a 32-year career as a police officer, Arnie Hamilton learned firsthand about the Molotov cocktail of kids, cars and intoxicants. Often, in fact, he’d be the one delivering the grim news to devastated families. But in the early hours of July 16, 2003, the unexpected knock on the door was for him and his wife, Carol. Their son Kenneth, 19, a backseat passenger in a vintage Chevy Impala carrying three other friends, had been killed when the car slammed into a utility pole on Victoria’s Old Island Highway.

A year later their grief is still palpable when the Hamiltons sit down for an interview in  Arnie’s constituency office. The MLA for Esquimalt-Metchosin chokes up as he recalls his late son’s character and potential. His wife sheds tears when describing how tough the loss has been on a family of five that’s now four, of how every cloudless day reminds her of Kenny’s favourite sky-blue T-shirts. His bedroom door remains shut, but the family dog still whines outside it in the night.

“It’s impossible to tell you how much it hurts to become part of the lonely mother’s club,” says Carol.  Gazing down at clenched hands, Arnie adds: “I’m the one with the pacemaker, the one who’s had a rich and full life. He’d barely got started. It just wasn’t his turn.”

Kenneth had initially done the right thing that night, the Hamiltons recall. Knowing he’d be having a few drinks with his buddies after catching a movie, he left his new Acura at home. His mistake was in accepting a ride back from a driver evidently under the influence.  (The accident that also killed another passenger is before the courts and the Hamiltons cannot discuss specifics). “How do we as parents teach our kids the ramifications of choice?” asks Carol.  “He very responsibly decided not to drive. But later on he made another choice that turned out to be the wrong one.”

Pondering the what ifs has been torturous for everyone involved, including the hundreds of friends and community members who’ve supported the family – Arnie’s legislative colleagues and former co-workers in the Esquimalt police and fire departments, as well as Kenny’s friends, who built a memorial garden in the front yard of the family home.  “At 19, there was no way I could have told him to stay home that night,” says Arnie. “But if he’d been 16 or 17, well, I think more parents have to be careful with kids that age.”

While the pain remains vivid, Kenneth’s death has galvanized the Hamiltons into action over youth road safety. In the B.C. legislature this past May, Arnie and Solicitor-General Rich Coleman outlined the impact of major revisions to the province’s licensing regulations since 1998 (namely a graduated program that ensures first-timers go through a novice stage and a second test before earning a full license). Within two years, crash rates among new drivers had dropped 26 percent.

One significant revision introduced last fall restricts learners from carrying carloads of their peers. “The statistics show that cars with four or more kids get into more accidents,”  says Arnie. “Everyone’s yelling, the radio’s turned up, the driver may want to show off and speed.” The proposed changes were in the works long before the accident, he says, but perhaps they’d have somehow made a difference that night.

As for Carol, she’s been meeting with local RCMP about their road safety education programs, part of a wide range of initiatives from ICBC, BCAA, various municipal police forces and such corporate citizens as Thrifty Foods.  Left out of the equation are parents, siblings and others directly affected by what Carol calls “the carnage on the roads.” The Hamiltons hope one day to be part of an organization devoted to curbing the mayhem. “I’ve met so many people who want to do something yet don’t know where to turn,” she says. “If we can prevent other families from going through all this, then maybe Kenny’s loss will have meaning.”