THE MEAD SQUAD: BEES DO IT AT TUGWELL CREEK FARM

As trend-watchers worth their weight in iPods will confirm, buzz is critical for any new enterprise. Well, it's loud and literal at Tugwell Creek Honey Farm and Meadery, a dozen or so wiggles of the West Coast Road beyond Sooke. Hundreds of thousands of docile honeybees reside here along with owner/operators Bob Liptrot and Dana LeComte, their 18-month-old daughter Teagan, three goats and the resident cat Ootak.

Collectively this menagerie is making a joyous noise indeed. And why not? A year after securing a license as British Columbia’s first meadery, Liptrot and LeComte are running a promising farmgate business split evenly between sales of connoisseur-grade honey and their initial batches of mead -- the honeyed nectar that has been intoxicating humans since prehistoric times.  Tugwell Creek’s limited-edition offerings are available at the Sooke Harbour House, fine restaurants in Victoria and through its website.

Tugwell Creek’s 12-acre Otter Point farm overlooking the Strait of Juan de Fuca, however, is where the bulk of sales are made to daytrippers compelled by the same kind of sweet tooth that hooked Liptrot on honey as a boy. A neighbour in East Vancouver kept a beehive and, in exchange for honeycomb, Liptrot became his apprentice. After earning a master’s degree in entomology (i.e., the study of insects),  he spent 15 years on the staff of Vancouver’s Mountain Equipment Cooperative before he and Dana, a fashion industry veteran, chucked city life and followed their beekeeping dream to Vancouver Island.

That was eight years ago, and the outdoorsy Liptrot loves the work despite the occupational hazards (he estimates his annual sting count at about 100). Each spring, some 60 hives (which at their peak population will hold 50,000 residents apiece) are on the property under Liptrot’s stewardship. By June, when the traffic gets busy along the narrow lane leading to their picturesque shop-cum-home, most will have been relocated to prime foraging areas elsewhere.

“Here we’re a little too close to the ocean and the weather can get nasty,” says Liptrot. “The bees won’t fly when its wet, of course, and the flowers don’t produce nectar.”  Many hives are moved to forestry lands further inland, where the bees sup on the fireweed and wild flowers that flourish in clearcuts. An apiary at the Sooke Potholes offers a feast of blackberry flowers, while a precious few hundred kilos of rare Linden tree honey is harvested from Tugwell  Creek’s queen-bee mating facility at nearby Malahat Farm.

LeComte, who handles the marketing side of the operation, figures that exotic varietals (arbutus and salal flowers also produce distinctive honeys) are transforming beekeeping into a truly specialized artform. Certainly Tugwell Creek’s honey-processing operation is a far cry from the  “Canada #1” uniformity achieved by mass-market producers. “You might as well be buying corn syrup,” she laughs. “To heat and pasteurize honey is to take away its natural flavour.”

The storeroom behind the farmhouse is filled with gleaming, stainless-steel extractors, pumps and processors. Beginning with the season’s first harvests in late July, this gear removes raw honey from the comb and filters it down into the thick, head-spinningly tasty liquid gold sold in the shop and at local resorts like Point No Point. A portion of the 3,000 kilos of honey turned out annually is diverted to mead production, which requires its own set of distillation equipment and an adjacent cold room lined with French oak barrels.

Beekeepers have traditionally made mead for themselves by simply mixing water with the waxy “cappings” skimmed from the surface of honey in the early stages of production. “We take it rather more seriously than that,” says Liptrot, essentially the only professional mead-maker west of Ontario and one of about 100 world-wide. “Our goal is to construct full-bodied, full-flavoured meads using traditional methods.”

To prove the point, he twists a spigot and pours a draft of spiced Metheglin. A dry mead with a pleasing thickness on the tongue, it’s accented with hints of cinnamon, nutmeg and cardamom. The surprise is that it’s not at all sweet.  “Yes, everyone expects mead to be sweet,” says Liptrot, “but we personally don’t like sweet wines.” Demand for a traditional dessert wine is such, however, that small quantities of a Sack Mead will be available by Christmas.

As for a “signature mead,” Tugwell Creek is producing a berry-flavoured Melomel ($16 for a 750mL bottle) on an annual basis. “It’s a light sipping wine for the patio, not too intimidating and something that people who have never experienced mead can ease into,” says LeComte. “We used loganberries in this case to give it a little colour and dimension, but the berry will change each year and that should add to the appeal.”

Mead ages superbly, notes Liptrot, and he points to its historic role as a lubricant for all manner of ceremonies. “It’s like a good Port or Madeira in that it only gets better with age. People can leave a bottle in the cellar for 10 years, then open it on a wedding anniversary.”

Tugwell Creek’s meads are produced in small batches, reflecting both uncertain public demand and the wholly realistic ambitions of the owners. “Who knows where this will end up, but we do want to keep things manageable,” says LeComte as she bounces young Teagan in her arms. “Our  plan is to cover the bills, have a holiday once a year and enjoy life.” With the gentle hum of their bees as the soundtrack, it’s a honey of a gameplan. 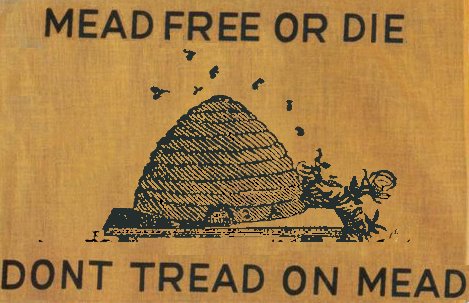